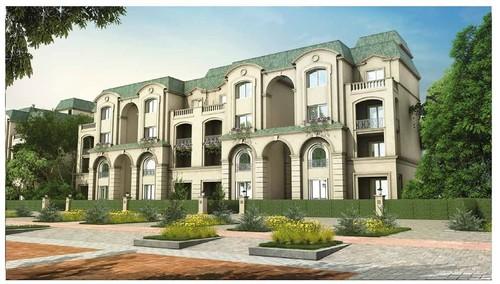 Mostakbal City is a rapidly growing city that is set to offer you a sense of the future. It's set in an impressive 11,000-acre area and is sure to become a hotspot city for a lot of people and investors. There are many services and facilities within the city, or near enough: - Mostakbal City’s Boulevard. - Mazar in Mostakbal City. - Bicycle Club. - Sports academy. - Global Paradigm International school. - The Arina Strip Mall. The Phases Of Mostakbal City There are 5 chapters of Future City's success story. In other words, there are 5 phases within the city. Each phase offers you a distinctive living experience, the most important are: - The first phase rolls out on 1490 acres, offering many services such as a gas station, and sporting club. Also, the first phase of Mostakbal city is located near AUC University. - The fifth phase is on 3755 acres and boasts a strategic location near New Capital City and its commercial, economic, and residential hub. Location Of Mostakbal City The prime location of Mostakbal City is easy access to many attractions in the center of Cairo. The Mostakbal City location is: - Mostakbal City is located on Cairo Suez Road between km 46 and km 51 East Cairo. - Mostakbal City is just 15 minutes from New Capital City. - It's also in proximity to many vibrant cities such as Madinaty, El Shorouk, Heliopolis, Rehab City, and others. - Mostakbal City location is just a few minutes from Cairo International Airport - It's less than an hour from Ain Sokhna. Main Roads Of Mostakbal City - El Robiky Road. - Middle Ring Road - Suez Road. - Amal axis. - There are new bridges that connect Mostakbal City and the Middle Ring Road. Top 7 Compounds In Mostakbal City - Bloomfields by Tatweer Misr - Il Bosco City by Misr Italia - Aria Compound by LMD - Green Square Compound by Al Ahly Sabbour - Haptown Compound by Hassan Allam Properties - La Mirada Compound by Grand Plaza - The City Of Odyssia Compound by Al Ahly Sabbour